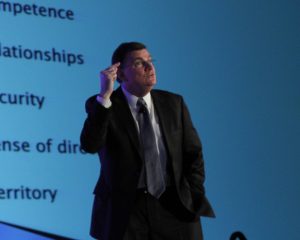 Whether you’re planning a huge business conference for several thousand attendees or a company-wide change management meeting for a few hundred employees, New Orleans, The Big Easy is a great city to host your next event. While New Orleans lost a great deal during Hurricane Katrina, the city’s efforts to rebuild retained much of its unique character that makes people love to visit for business and pleasure alike. With a variety of venues to choose from, New Orleans is also a popular destination for both local and faraway motivational keynote speakers.

Abutting the shores of scenic Lake Pontchartrain and the Mississippi River, New Orleans offers a once-in-a-lifetime experience for all. It is a colorful city that is a huge draw for music lovers with its blues and jazz culture that runs the gamut of hole-in-the-wall clubs to huge jazz festivals. Riverboat cruises are a fun post-conference activity that get attendees excited about visiting for the event, along with having beignets in the French Quarter, the quirky and colorful shops and curiosities on Bourbon Street, and exploring the mysterious voodoo culture that has played a role in the city’s history.

A popular event site for professional associations, several national conferences are held at the city’s many hotels that double as convention centers. Convention Center Boulevard is home to most of New Orleans’ meeting spaces, including the Downtown Marriott and Convention Center. Hilton Garden Inn on South Peters Street is another large meeting space popular for conferences and conventions, and Le Pavillon Hotel on Poydras Street is a favorite venue for corporate sales meetings. For more economical options for large meeting spaces, there are several major hotel chains in neighboring Gretna, Metairie, and Violet.

In seeking out a New Orleans motivational speaker, many well-known Louisiana keynote speakers live in the city itself or within a short commute. Travel costs for speakers outside the area tend to be higher during the peak travel seasons of February through May, October, and November, but comparatively low compared to other major cities during the off season.

New Orleans is a fantastic city to host your next event and you’ll have no trouble finding a motivational speaker excited to kick the event off and keep your audience engaged.