Bridging the Generation Gap Isn’t Just About Millennials: What About Generation X? 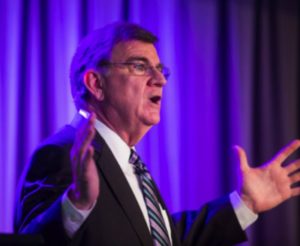 Generation X is frequently referred to as the “lost generation” and with good reason: you can’t turn on your phone without seeing hundreds of think pieces about Boomers and Millennials, but nary is a Generation Xer mentioned.

Age-related diversity is important in workforces so that there isn’t a monoculture that results from just one age group’s perspectives. It’s also important when taking a hands-on approach to selling to those age groups. However, generational gaps have also proven to be a challenge to managers given the differences in values, behaviors, and other traits that have changed the way that workplaces are viewed and run. With much of the attention going to Boomers still in the workforce and Millennials who are the largest generation in American history (in addition to the most diverse and most educated), Xers certainly earn that “lost” moniker and continue to be ignored in both the media and in generational gap training programs.

Generation X, which is roughly defined as individuals who were born between 1965 to 1980, still comprise significant parts of the workforce in addition to management positions. Some refer to older Millennials as the young end of Xers while older Xers may identify more with Boomers, but no matter how you cut it this generation has still largely been left out of addressing generational gaps in the workplace. Generation X experienced their own unique struggles and triumphs in addition to living through a fascinating and innovative period in popular culture.

In looking for a keynote generational speaker for multi-generational workforces, make sure that Xers aren’t left out of the equation. Not much unlike the Boomers, Xers experienced a workplace culture that was drastically different than what Millennials are seeing today but also watched culture and technology evolve. When planning your next event that addresses generational differences, it’s important to ensure that your Xers don’t live up to the name “lost generation”. It’s just as important to keep them engaged and productive as it is asses the differences in values between Boomers and Millennials and trying to demystify the latter.

To find out how Generation Gap – Millennials – Generation X Keynote Speaker Mike can help your company,
call 704-875-3030, 888-PRO-KEYNOTE fill out the form below: