As a keynote speaker and motivational Hybrid Workplace Speaker, I understand that these are tough and uncertain times. As an executive leader, you want to keep good people, but there is a great deal of confusion as to how to do that.

In my talks on hybrid workplaces, I point out that all COVID-19 was to accelerate a process that was inevitably taking place. For example, did anyone really enjoy sitting in traffic jams for hours a day? And, even if you were able to take public transportation, was it any better taking three trains or two busses at the height of rush hour? What did anyone accomplish on that morning and evening trudge?

Let’s face obvious facts
Across the board (well, mostly), management wants to do the right thing. However, organizations often forget there are at least three layers for most effective decisions to take place in a company: Executive Leaders, Management and those who are tasked with doing the work. If management, both upper and middle want to do the right thing, they must include “workers” in that decision process. If not, the results can be unfortunate.

As a speaker on hybrid workplaces, I remember presenting to an industry association where a “major player” in that industry, demanded that they wanted everyone to return to their offices – or else. Guess what? The “or else” resulted in a huge turnover with the loss of many key workers.

During the so-called lockdown, and after, when vaccines and boosters became widely available, workers settled into flexible schedules and having the ability to schedule “life.” This was not, quite honestly, the horrific result many employers initially feared. Workers were able, for example, to take their kids to doctor’s appointments in the middle of the day or to take coursework toward a degree. The result? The workers naturally went on an unofficial “flex time.” More importantly, they completed all of the required tasks set for them by management.

The side benefits
For the most part, those organizations who recognized their workers craved flexibility, retained key employees. This even occurred in situations where commutes were essential.
When the workers said they would be happy to come into the office three days a week, they jumped at the chance to start their commutes an hour early or an hour later. In doing so, the commute time was drastically reduced, both coming and going. In other situations where key employees had no choice but to observe traditional hours a few days a week, managers proposed payment for commute times. That has worked as well.

The key point here is one of not only the goal of flexibility but a reduction in stress.
It again needs to be emphasized that the world was heading in this direction for years. No one liked long commutes, virtually everyone craved a break in their so-called eight-hour workdays to pick up their kids at school or to go out to lunch with a friend.

These are uncertain times, to be sure, but the hybrid workplace and all it implies, could very well be the key to creating a new – and better – normal.

To contact Mike Hourigan, Hybrid Workplace Keynote Speaker, for an in-person or virtual presentation, please call. Contact Mike today at (704) 875-3030 or fill out the form below. 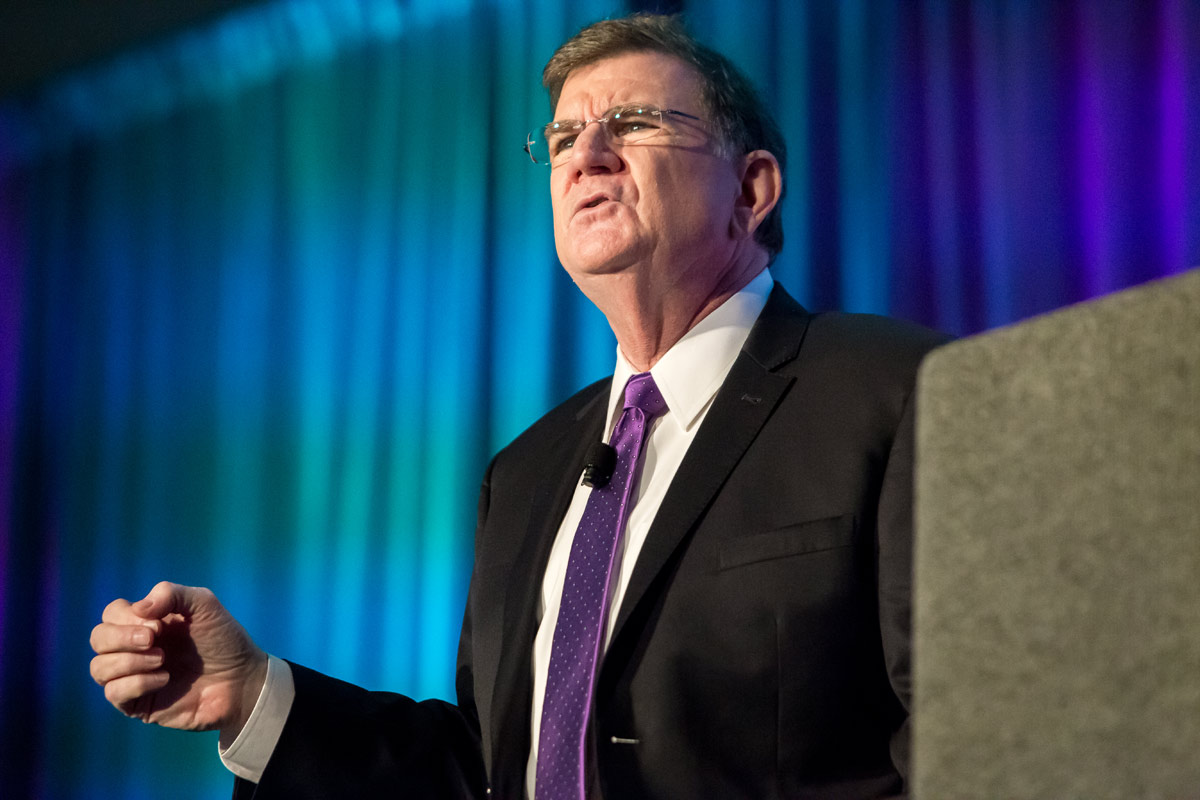